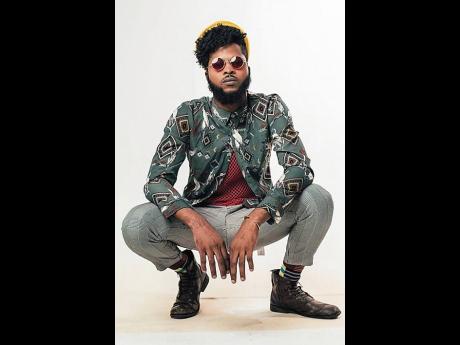 Contributed
Mannin Marsh does not like attention. But as Ma’neen, the recording artiste, is a headliner. 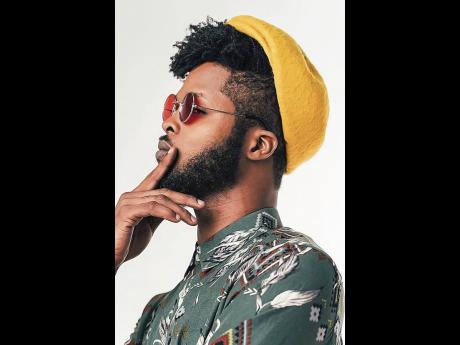 Contributed
In Ma’neen’s latest project, the ‘Nanny Bag Pt 1’ full visual EP, the story of love and loss is broken down into chapters through the title track, and three other songs.
1
2

Business strategist Mannin Marsh does not like attention. But as Ma’neen, the recording artiste, he puts on a show – one that hides the male character who is a socially-awkward nerd, he says, and presents a headliner.

“I am good at presenting myself publicly, but unlike the Ma’neen people see in the music videos or on stage, the everyday me is very offbeat,” he said.

Ma’neen added, “The thing is, if I am in a situation I can’t control, it makes me weary and I get stonewalled, I guess; but once I get into a particular domain where I am comfortable, the nervousness and awkwardness disappears and sometimes, this ‘rude bwoy’ persona takes control of the situation for me.”

In portraying ‘Rude Bwoy Ma’neen’, he has managed to delve into his talent as a writer and storyteller, but it also comes with cons.

“People have said I come off as egotistic in my life, mostly first impressions though. There have been a few individuals in meeting me for the first time – without knowing what makes me human – have said that the energy they get is that I am narcissistic,” he told The Gleaner.

“The reality is not that those traits don’t exist in me, it’s more of a case as a male, who is also an introvert, I have to put on a face that sometimes gets misinterpreted for ego,” Ma’neen continued.

He said that society overall teaches men that it is important “to present himself as the biggest bull in the room; there is no space to be soft”.

Ma’neen pointed out that the very same subversively masculine figures have existed in the music industry for decades. It is the way male dancehall and reggae entertainers have not only liberated themselves from the pressures to express emotions, but show their capabilities to lead and be seen as the next champion out of the pack.

“It is a bit misunderstood because we hide behind certain façades as male recording artistes, to be both open and vocal without seeming less than an alpha. I am not the first, certainly not the last to put on that façade.”

In Ma’neen’s latest project, the Nanny Bag Pt 1 full visual EP, the story of love and loss is broken down into chapters through the title track, and three other songs: Smoke Break, Roots and Glam, and For Tonight.

“A man will mask emotions behind a random story of how him tek weh another yute girl one time when he might be missing her, yet he won’t say it. He will avoid commitment but talks about one night stands or having more than one girl rather than share feelings about having an actual fear. So, we see the need to express tenderness comes off as ego because instead of honesty, he chooses to the opposite, which can be challenging,” said Ma’neen.

The stand out track from the record, Smoke Break, is a pummelling revelation that shows a man in a vulnerable position. The combination of the audio time-stretching, which lets Ma’neen’s voice sound saturated - like it’s moving in slow motion - makes for an incredibly captivating delivery. “That’s what I do,” he said, “through my music, I explore vulnerability in a language that is understood by the alpha male. I am a man, examining his own masculinity and communicating that through telling stories of the typical struggles of our gender in a way that’s palatable.”

The recording artiste is deliberating on continuing the story to express how the relationship with the female character, who he names ‘Ana’, impacts the ‘rude bwoy’. He does not believe that by bearing a different persona, it risks confusing Mannin and Ma’neen because “I am both these people. There was a time when the rude bwoy was the only way I could exist, and Mannin is just the more mature side of me. Ma’neen is a lover of music and the creative arts who is discovering what it means to contribute as an artiste, where for most of my life, I have been contributing as a designer.”

He added, “I’m feeling out what I want to do and making it as relatable as possible, and I don’t expect people to look at me differently or don’t really care if that ends up being the result, I am still playing around with the concept.”

Obsessed with sounds of Jamaica’s older era of music, Ma’neen said that he has been taking a step further back, listening to ‘70s ska, in hopes of finding ways to incorporate signature sounds in future productions.

“Music is constantly developing, and I’m carving out a space for myself where I can enjoy the musicality and human condition. That’s what I’m focusing on, the complexed and fascinating thing about writing around male-female interaction and using my thoughts to create interesting content around that. My sound is already kind of doing its own thing, and I want to uncover more, plus add to the style. When there isn’t always immediate feedback from the industry, it can be daunting, but I’ve been given the nod of approval from several entertainers and right now, what I am doing feels good,” Ma’neen said.